Practically no one has a CRT (cathode ray tube) television any more, and entertainment centers are quickly becoming outdated furniture pieces, so what does one do with the brand new flat screen that they just bought?

The first thing you will have to do is determine the area on the wall that you want the television mounted and then get a mounting bracket for your new television. You usually get a mounting bracket from the place that sells the flat screens, and some mounts will come with instructions that you can actually place on the wall and use as a visual guide to mount the bracket. You can opt for TV mounting services at various online sources. 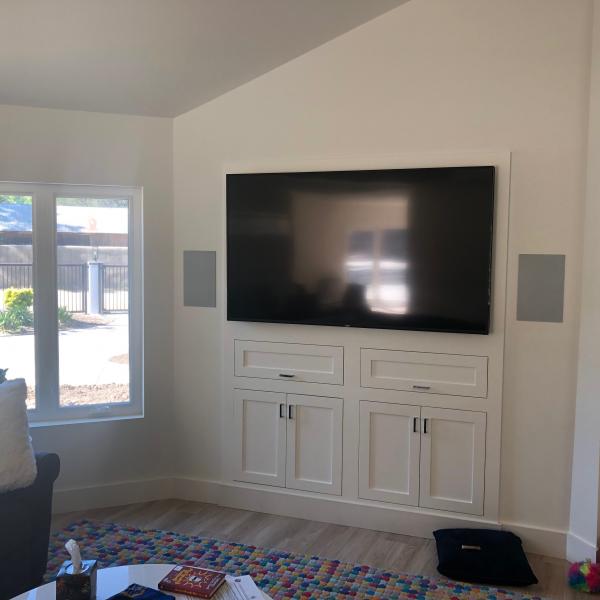 Mounts are usually sold by size and weight of the television being mounted, so if you are buying the mount a while after the television was bought, have that information ready when you go to the store. The next thing you will need to do is get a stud finder.

This is for the purpose of measuring the distance between the studs in the wall that you will be attaching the wall mount to in order to hang the flat screen. To use a stud finder, simply place it flat on the wall a hit the start button as you drag the stud finder across the wall until the stud finder gives you a long beep, indicating that the stud has been found.

Place a mark there and continue along the wall to find the next stud and repeat this for the length of the television mount. In the end you want at least two studs for the mount.

Once you find your studs, you will need to drill what is known as 'pilot holes' into the studs. This is done to make sure that the 'lag bolts', which are the main bots that will anchor the television bracket and television to the wall, will have enough space to fit.